Clemson’s young defensive linemen received further instruction on how to avoid messes during Wednesday’s first stadium scrimmage of the spring for the Tigers’ football team.

In charge of the educational process is defensive line coach Todd Bates, whose wife is pregnant with twins.

“I told Todd the other day, ‘Man, between those twins at home and all these babies he’s got, he’s changing a lot of diapers,’ ” Coach Dabo Swinney said. “And that’s kind of what we’re doing. We’re changing diapers every day with these guys.

“We’ll clean ’em up, put some baby powder on ’em and they look good for a little while and then just mess all over themselves and we’ve got to change ’em again.”

The goal is to get ’em potty trained by the time the Tigers’ kick off the 2019 season against Georgia Tech on Aug. 29.

“As a parent, one of the greatest days of our lives is the day your children are potty trained. Can I get an ‘Amen’ on that?”  Swinney said. “There’s just a process you’ve got to go through. Children don’t just show up on this earth and know how to go to the bathroom. And it’s the same thing for a bunch of young D-linemen.”

The springtime crash course has been born of necessity. Clemson lost its entire starting front four across the defense as well as primary backup Albert Huggins. 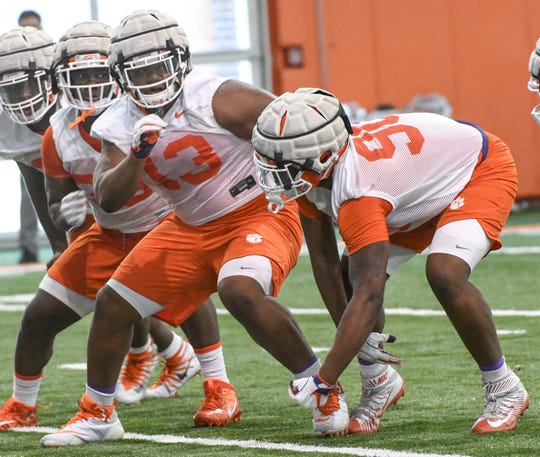 Anticipated starters Nyles Pinckney and Jordan Williams are missing spring practices while recovering from surgeries, leaving Bates with an inexperienced group and quite a training mission at hand.

But although they’ve looked messy at times, Swinney said he likes what he’s seen from the youthful talent, and particularly on Wednesday when the defense held the upper hand.

“The biggest thing I saw today was watching our guys inside compete better,” Swinney said. “Ruke (Orhorhoro), Etinosa Reuben, Darnell (Jefferies), Tyler Davis, Xavier Kelly – just seeing that group compete, they just looked more functional today. The biggest thing is the ‘want to’ is there, and as long as we’ve got that we’ll get better.”

Swinney concluded that the offense, meanwhile, had already departed for spring break. 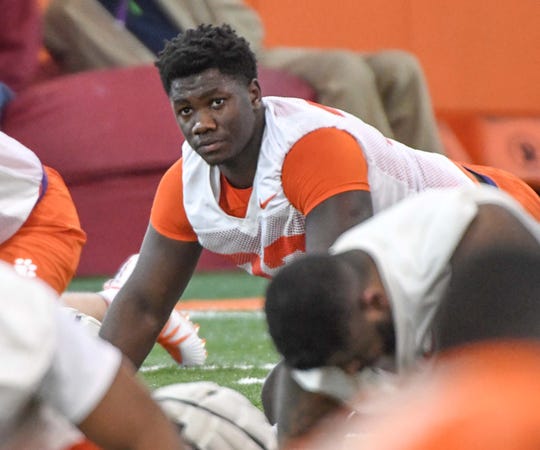 “If I go out to the parking lot they’ve probably got cars packed, rooftop carriers and suntan lotion on the front dash,” Swinney said, laughing. “I think some were already on whatever cruise boat they’re going on.

“I think that was kind of the mindset of the offensive guys today. Missed throws, drops, bad snaps, fumbles, penalties – just a sloppy day, which is not indicative of how they’ve practiced leading up to today. They were way below average and they got exposed today, which is happens out here on our practice field.”

The Workforce Is Calling, Higher Education, Will You Answer?