Mark your calendars: the dates for the Detroit Red Wings’ training camp has been released.

As usual it’ll be held at Traverse City, where the Wings have absconded to for 21 seasons to prepare for the grind of the regular season. Main camp runs Sept. 13-16, highlighted by the Red-White game on Sept. 15, but the younger generation will be there starting Sept. 6 for the annual prospects tournament.

There’s also the alumni and celebrity game, scheduled for Sept. 14 at Centre Ice Arena — former general manager Ken Holland, a former goaltender, used to play. Might the new guy, Steve Yzerman, take a shift? A full roster will be announced at a later date, according to the Wings. 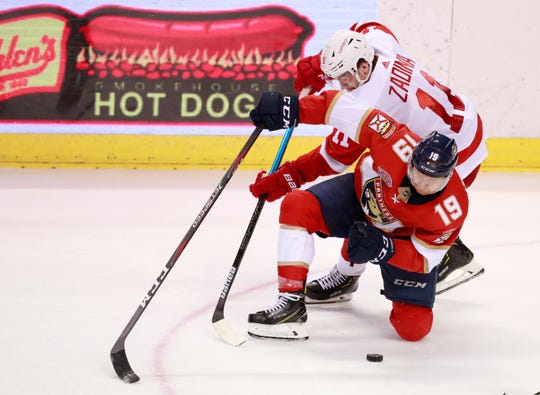 Yzerman might be too busy evaluating talent. While the better competition for jobs arrives with the nine-game exhibition season, training camp offers a chance to see how fit players are, their compete level even just in scrimmages. Usually players have been divided into three teams, each a mix of NHL-tested talent and hopefuls. Those rosters are usually released a day or two before camp begins.

More: Wings opening lineup projections: Who’s in and who’s out

Per the Wings, tickets go on sale 10 a.m. July 16 and are available online at centreice.org/drwtickets and will also be available the day of events at Centre Ice Arena.

Online class on hold for now

How fashion companies can reduce litigation risks and strengthen compliance

August 6, 2020
PROVO — A Brigham Young University student sued the private school Wednesday, claiming he didn’t get what he paid for when...