Madeleine Albright, America’s first female Secretary of State, famously said: ‘There is a special place in hell for women who don’t help each other.’

For a long time I subscribed to that view. Women have been second-class citizens, mere voiceless chattels, for most of history. We still have insignificant economic power compared to men, and in the world we live in, economic power is everything.

Don’t think I’m not seething about that. The thing is, I also find some of my ‘sisters’ disloyal, two-faced, ferociously ambitious and frankly terrifying brutes at times. Why should we all pretend we’re just one big supportive sisterhood? 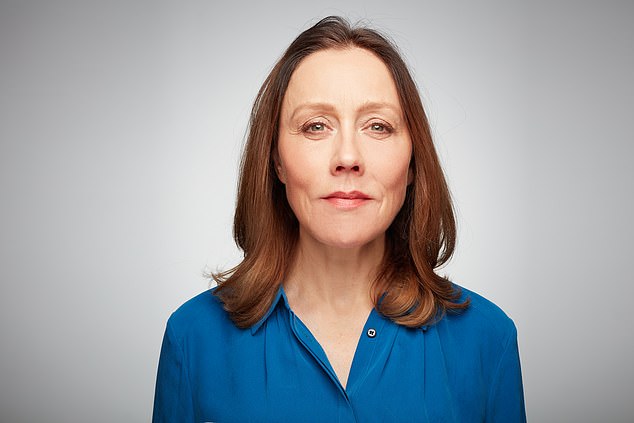 I feel guilty about it, but the truth is, as I’ve got older, that ‘place in hell’ seems more snug, cosy and appealing, and I’ve started to wonder what wines they do by the glass.

‘ Hiving women off from the world isn’t the answer’

Not coincidentally, I’ve also watched the opening of a growing number of all-female private members’ clubs and workspaces.

London’s latest arrival is U.S. import The Wing, a networking-focused club beloved of hordes of celebrities and influential women.

There is also The AllBright named after Madeleine Albright herself (with an extra L thrown in to avoid being sued).

Its clubhouses are decked out in muted pastel shades and contemporary art (all by women), frequented by thirtysomething bloggers and entrepreneurs all drinking oat milk or turmeric lattes, and have loos packed to the gunwhales with epic selections of lovely smellies and a lifetime’s supply of organic cotton tampons.

I’ve been to women’s clubs a few times as a guest (avoiding paying thousands to join), but haven’t felt interested in networking.

My complaint against women-only clubs is about more than just the sneaking suspicion that they are, well, a little boring.

There was a time when I thought an all-female club was just what I needed, and I visited a few. But I got an odd sinking feeling.

Women have been stuck in ghettos for generations, be it a kitchen, parlour, drawing room, sweatshop, brothel or harem. Hiving women off from the world isn’t the answer.

Female friends complain to me about how hard it is to meet men these days. With relationships at work pretty much a no-no in the #MeToo era, removing men from yet another space leaves you even more at the mercy of miserable dating apps.

Whatever the appeal — or not — of her politics, I agreed with her when she was asked what she thought of #MeToo. She suggested we be ‘a little bit careful… let’s not turn women into snowflakes’.

Which gives me a great idea for a club…

Wouldn’t it be nice if we didn’t need women-only clubs? But although I love spending time with men, until women achieve equality in work, life and home, it’s one small way to level the playing field. 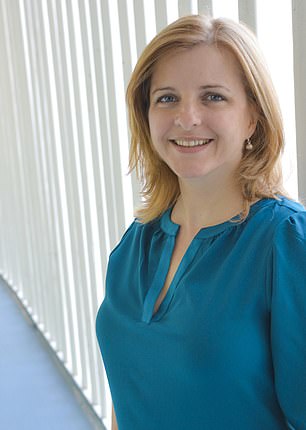 I can’t count the times I’ve heard women privately bemoan the advantages that come with the old boys’ network.

There’s the bullying male boss who gets away with it because he plays golf with the managing director; the underwhelming colleague who wins a promotion because he went to the same posh school as the manager.

While men can network, forge contacts and decompress at their clubs, women’s spaces have traditionally been in the home.

We need meeting places that reflect the new reality. In an ideal world both genders would mix equally, but any realist can see that centuries-old male networks won’t be dismantled any time soon.

So it’s high time we women have clubs of our own. After all, men seem to find them worthwhile.

I’m a founder member of the AllBright, where membership is reserved for women.

It’s a place where we, too, can arrange those crucial introductions to other women in positions of influence, who could provide those insider tips.

Having been a member of Soho House and Hospital Club, two mixed-gender London clubs, I have found that AllBright is more relaxing and welcoming.

Friends say the same about The Wing, the American women’s club that has just opened in London to great fanfare. I think it’s because we all know why we are there — to meet other interesting women. Women I’ve met there have put me forward for contracts and have given me tips on where to find sponsors for my travel blog.

The one downside is the cost. Like men-only clubs, the price of membership means it’s out of reach of many women — new members pay well above £100 a month. But it does offer bursaries to a handful of women each year who couldn’t otherwise afford to join. In the evenings there are lectures, pub quizzes (with no sports round, hurrah!), a book group and a wine-and-networking events.

There’s no show-off ‘150-whisky list’ or smelly cigar room, but I can have a quiet cocktail with my husband or a male friend. That’s right, men are allowed as guests.

No, women’s clubs won’t solve inequality in themselves — but for now they are a good place to start.

January 16, 2020
Microsoft has developed an automated tool that relies on artificial intelligence techniques to identify online conversations in which child...

January 16, 2020
Malaysia is a Southeast Asian superpower when it comes to building successful startups, so the number of relevant events we host each year...

January 16, 2020
Back to business. Prince Harry‘s future royal duties might be in flux, but his plans for the Invictus Games are mapped out for...

RAW Artists: Still Natural After All These Years